A Fork in the River

Our report warns that the establishment of a major cotton industry in the Northern Territory could jeopardise Top End river systems, threatening their unique biodiversity and putting at risk the NT’s lucrative fishing and tourism industries.

The report, A Fork in the River – the consequences of a major new cotton industry in the Northern Territory, recommends a ban on large-scale floodwater extraction across the NT and a moratorium on new water allocations in the Roper River and Daly River catchments.

Australia’s cotton industry has major ambitions in the Northern Territory, projecting a future of hundreds of thousands of hectares of cropping, watered by billions of litres of water extracted from aquifers, rivers and floodplains.

The report has also revealed that land clearing approvals have rapidly accelerated in the NT – averaging 20,000 hectares of land a year – with proposals for cotton cropping expected to require much more.

The NT has some of the planet’s last tropical free-flowing rivers, which are already facing unprecedented pressure due to increasing water demands and a changing climate. Our rivers and floodwaters sustain diverse and rare ecosystems and wildlife, such as the critically endangered Largetooth Sawfish and the endangered Pig-nosed Turtle.

If we are to avoid the mistakes caused by over-allocation and intensive irrigation in the Murray Darling Basin, we need a different approach in the Territory – one that looks at basin-wide management. Catchment planning should be driven by community desires to protect rivers, especially those of Traditional Owners. Our water policies need to support local economies, not enable big business to take more water from already stressed systems.

Take action – ask the NT Government to protect our rivers

Read the recommendations from the Fork in the River report: 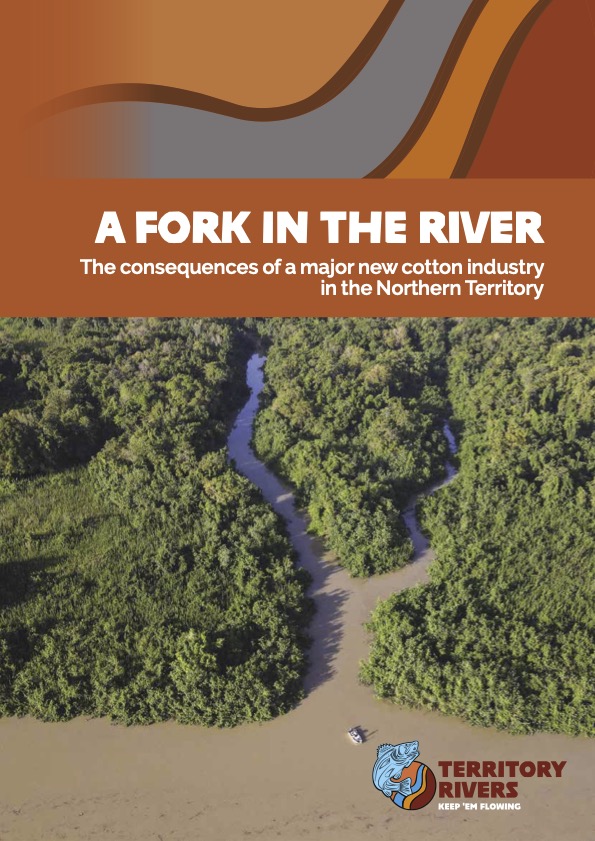